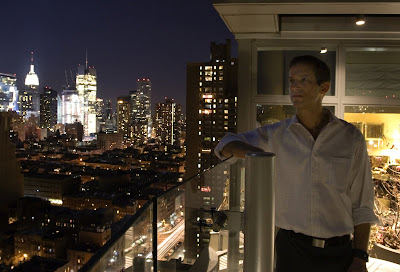 As is often the case in the empire state, New York is under the spotlight as a bit of drama builds over who Governor David Patterson might pick, if, as planned, current Senator Hillary Clinton resigns some time next year to assume the Secretary of State position. As it stands, a number of worthy names have been whispered here and there, but only a couple of them have made their way to the main stages of discussion, debate and that sometimes annoying media glare from the rest of the country that has always seen New York as a national soap opera.

Among the whispers beyond Cuomo, several women have been floated, women who’ve served New York already, a couple who happen to be Latina and another from Up-State.

Of course, there’s no denying that the biggest name in the bunch, Kennedy, evokes a sense of political reverence, respect and legacy. But in spite of tremendous political accomplishment, the family through no fault of its own, has also come to represent an American dynasty, the oft clichéd version of our royalty.' And while there's nothing wrong with Americans expressing affection for the tradition that comes with royalty, there is reason to question, show concern or perhaps raise flags when one's family genes potentially provide an untested individual with what could be a potentially simple coronation into national political office where the power is more than symbolic.

History books teach us the United States is a free and open Democracy that consists of government by and for the people. So, considering that 'by' essentially equals election, it might seem more fair, that in choosing New York's next Senator, the one set to succeed Hillary Clinton, the Governor might consider appointing an individual who has at least gotten votes for public office, or consider tapping a public official who has earned more tangible political wings beyond being the daughter of one of the nation's most revered presidents and a high profile member of our nation's often romanticized but powerful political dynasties.

Picking Caroline Kennedy to succeed Hillary Clinton as Senator from New York might actually send a contradictory message to Americans, the world, but perhaps more importantly, to the children of New York state. It could, inadvertently impact the spirit of the message the election of Barack Obama reaffirmed, that hopeful and idealistic seed our parents plant when they tell us while we’re still young and naive, that anyone, regardless of race, income and yes, name, can be elected to high office in the United States.

Choosing Caroline Kennedy as the Senator from New York, based on nothing more than her familial association, dilutes that message, and at least on the surface, seems to say that like Royalty, position is indeed an attribute, even a card of entitlement in American politics.
Posted by Cody Lyon-Reporter New York City at 11:15 AM No comments:

CBS) The good news is that the price of oil is falling - a lot; it's also the bad news if you're determined that the U.S. should kick its addiction to foreign oil. President-elect Barack Obama says now is the time to do that, even with the economy in recession.

But Saudi Arabia, the world's largest oil supplier - with the U.S. as its number one customer - is pulling all the levers and spending billions to keep the oil age going.

60 Minutes correspondent Lesley Stahl went to Saudi Arabia a few weeks ago to meet one of the most powerful men in the world, Ali Al-Naimi, the Saudi oil minister and de facto head of the OPEC oil cartel.

Against a backdrop of artist’s renderings of the future World Trade Center complex, Mayor Bloomberg offered praise for Silverstein and his commitment to Downtown, congratulating him on the buildings now reporting 85% occupancy. Financial terms of the lease were not available and neither Silverstein nor WestLB managing director, Connie Kain would comment on the amount the bank will be paying.

WestLB, in New York City since 1975, is moving from its current headquarters at 1211 Avenue of the Americas to floors 50 through 52 of the 1.7-million square-foot building.

Link to my full story at GlobeSt.com
Posted by Cody Lyon-Reporter New York City at 8:10 PM No comments: